Obamatrade: A gift for Sharia regimes 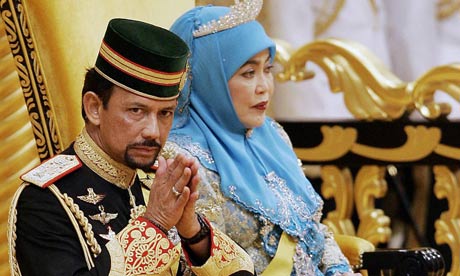 On Christmas Eve, religious police in the capital city of the Islamic Sultanate of Brunei ordered business owners to remove Christmas decorations or face arrest.

When Brunei, a tiny oil-rich fiefdom that shares the island of Borneo with Malaysia and Indonesia, adopted Shariah law earlier this year, some questioned whether the harsh penal code that includes amputation and stoning for blasphemy and other crimes would actually be enforced since a third of Brunei’s population is not Muslim. The crackdown on Christmas this year answers the question.

Restaurant and café owners in Brunei’s capital city of Bandar Seri Begawan told reporters they were ordered to remove Christmas decorations from their establishments by authorities who cited Shariah Penal Code Order 2013 prohibiting exhibits of decorations that are against Islamic beliefs.

Violators face a $15,000 fine and imprisonment for a term of up to five years.

The ban on Christmas decoration is not the only restriction on religious freedom. The Shariah penal code bans non-Muslims from teaching or even speaking freely to Muslims about their religious beliefs, punishable with heavy fines and imprisonment.

And all religious groups are required to register with the government. Muslims who convert to another faith could face the death penalty, and Christians who have brought Bibles into the country have been imprisoned.

Despite the nation’s record of religious persecution, the Obama administration is pressing forward with plans to designate the Sultanate of Brunei as a most favored nation with special trade privileges under the proposed Trans Pacific Partnership (TPP) trade agreement. Incoming Senate Majority Leader Mitch McConnell has said approving the agreement is one of his top priorities.

During the Cold War, Democrats and Republicans restricted trade with countries that denied their citizens basic freedoms.

For example, the Jackson-Vanik amendment cut off trade with communist nations that did not allow citizens to freely emigrate. It was approved unanimously in both houses of Congress in 1974 over the objections of Henry Kissinger, who saw it as an obstacle to a smooth-running global order.

Jackson-Vanik and similar measures used America’s economic power as the world’s largest consumer market to promote American values and reward countries that respected them. Over 1.5 million Christians and Jews were allowed to emigrate from the Soviet Union alone following the adoption of Jackson-Vanik.

Now that the threat is not communism, but Islamist totalitarianism, Obama and the GOP congressional leadership are ready to embrace a Shariah regime as a privileged trading partner under the rubric of the Trans Pacific Partnership Agreement.

Brunei is not the only nation in the proposed agreement with a record of persecuting Christian believers. In neighboring Malaysia, Christians are sent to concentration camps for forced conversion to Islam. Vietnam requires churches to register with the Communist authorities and monitors all prayer services. House churches are routinely attacked and priests have been murdered.

The Trans Pacific Partnership is being negotiated in secret by the Obama administration. President Obama has said he hopes to conclude negotiations by mid-2015. Sen. Mitch McConnell has said he will work with the White House to give Obama so-called “fast track” trade promotion authority. Under fast track rules, the president would sign the agreement before submitting it to Congress where a filibuster and any amendments would be barred.

Once approved, the Trans Pacific Partnership would establish a precedent for accepting Shariah religious persecution under international law. 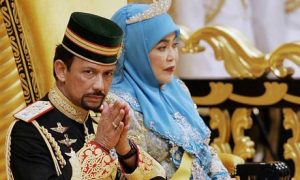