ObamaTrade: “I have not yet begun to fight!” 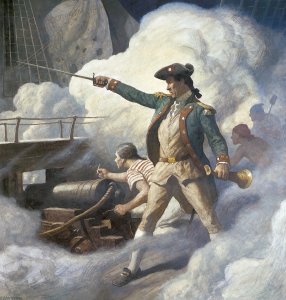 Congress’ approval of Trade Promotion Authority, aka fast track, sets the stage for the next battle: the fight to defeat the TransPacific Partnership.  As John Paul Jones said as he stood on the deck of his burning ship the Bonhomme Richard, “I have not yet begun to fight.”  Outgunned and outmanned, John Paul Jones defeated the cream of the British Navy.