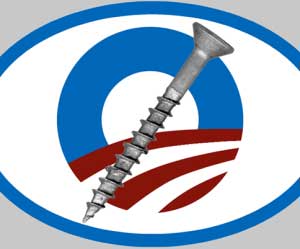 The free market CATO Institute is blasting Obamatrade for giving “special privileges to foreign corporations” that will “encourage outsourcing” and put American businesses at a competitive disadvantage. If that weren’t bad enough, the think tank says Obamatrade also gives bailouts to corporatist insiders and undermines the rule of law and national sovereignty.

These features of Obamatrade are found in its so-called Investor-State Dispute Settlement (ISDA) mandates.  The ostensible purpose of ISDS is to protect investors – usually a multinational corporation (MNC) – from having property stolen by hostile foreign governments, for example when Castro took over mob-owned casinos and Bacardi rum factories in Havana (along with a lot of other stuff).

Under Obamatrade, a company that has a gripe about how its being treated gets its day in court – but the court is not in the country where it has a problem, but in an international tribunal, staffed by unelected unaccountable foreign bureaucrats.

The ISDS confers special legal privileges on foreign-invested companies, including the right to sue host governments in third-party arbitration tribunals for failing to meet those standards.

While ISDS has been around since the 50s, the funny thing is, it’s used more now than it ever was back in the bad old days when bearded revolutionaries in fatigues looted private property at will.

In fact, from the inception of ISDS in 1959 through 2002, the number of known ISDS claims worldwide stood at fewer than 100. However, during the 10 years between 2003 and 2012, the cumulative total increased to 514 cases. In 2012, claimants initiated 58 ISDS cases worldwide, which was the greatest number of initiations in any year, surpassing the previous record set in 2011.

As for subsidies, Obamatrade would have US taxpayers pick up the insurance bill (insurance again!) for global corporations that want to invest overseas.

Multinational companies are among the most successful and sophisticated companies in the world. They are quite capable of evaluating risk and … can mitigate their own risk by purchasing private insurance policies.

Obamatrade encourages outsourcing by giving companies the illusion that investing in some dirt-bag Third World communist dictatorship that persecutes Christians is just as safe as investing in the USA where respect for property & individual rights and rule of law is in our DNA.  Obamatrade

could be the decisive factor in a company’s decision to invest in a research center in Brazil, instead of the United States. Why should U.S. policy reflect greater concern for the operations of U.S. companies abroad than for the operations of U.S. and foreign companies in the United States? Why should ISDS effectively subsidize outsourcing, and not insourcing?

giving privileges to foreign companies that are not available to domestic companies. If a U.S. natural gas company believes that the value of its assets has suffered on account of a new subsidy for solar panel producers, judicial recourse is available in the U.S. court system only. But for foreign companies, ISDS provides an additional adjudicatory option. …

But wait, there’s more! Obamatrade “raises concerns about domestic sovereignty” as “U.S. laws and regulations will be exposed to … challenges with increasing frequency.” Looking into the Pandora’s box of Obamatrade, Cato sees “the specter of foreign companies prevailing in challenges of U.S. laws outside the U.S. legal system” and concludes there is “legitimate concern that corporations will run roughshod over domestic laws.”

The historical record tells us Obamatrade is really about undermining sovereign nations and handing power over to transnational corporatist authorities. After its careful analysis, Cato agrees.

For Cato’s entire analysis, read the Cato Free Trade Bulletin No. 57 at Cato.org.