Brexit: Twilight of the Globalist Gods 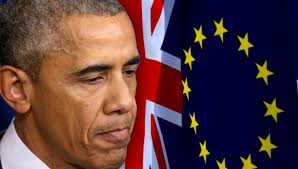 The greatest jailbreak the world has ever witnessed.

That’s what the people of Great Britain executed by voting to leave the European Union, Brexit as the London tabloids tag it.

Some twenty years ago, the people of Eastern Europe sent the Soviet Union packing.

Now, the people of Great Britain have struck a blow against the globalist elite of Brussels, another clique with ambitions to rule the world.

And just as Margaret Thatcher’s election as prime minister in 1979 presaged the rise of Ronald Reagan on this side of the Atlantic, Britain’s wholesale rejection of the European Union portends the outcome of our elections in November.

But do not think the globalists will go quietly into the night.

Even as the European Union is coming apart at the seams, President Obama and his globalist handlers are working overtime to enmesh the United States in a Pacific Union.

That is the true nature of the TransPacific Partnership, TPP, a sweeping 12-nation regulatory pact that will empower unelected foreign bureaucrats to rule on everything from U.S. border controls to our food, drugs, energy and Internet.

Like the European Union, TPP is based on establishing the free movement of people, goods and capital across borders. And like the EU, TPP will grow over time, with more nations, including China, joining without Congressional approval.

The American people, Donald Trump, Bernie Sanders and even Hillary Clinton have made their opposition to TPP aka Obamatrade clear.

But rather than listening to the people and killing this hellish creation, Obama and his minions, including Paul Ryan and Mitch McConnell, seek to lock in the Obama agenda no matter who occupies the White House and controls Congress next year.

Michael Froman, Obama’s point man on the globalist project, told the Council on Foreign Relations the administration is preparing to force a vote on Obamatrade in a lame-duck session of Congress.

Right now, the administration is laying the groundwork and writing enabling legislation to establish this post-Constitutional Pacific Union in a post-election session of Congress when members who have been rejected by their constituents will be able to cast a final vote on their way out the door.

“To even do this in the lame duck, you want to do as much of the preparatory work as possible under Trade Promotion Authority beforehand, and that’s what we’re working on now,” Froman told the mandarins of globalism, reports Inside US Trade.

He went on to say it is precisely because the people are opposed to Obamatrade that they are rushing to get it done before Obama leaves office.

“Froman highlighted that there is ‘a certain urgency’ to get TPP done this year because the speaker of the House, the Senate majority leader and the president are all pro-trade but warned ‘that all could be different a year from now,’” Inside US Trade reports.

Obama is becoming increasingly open and brazen in his denunciations of national sovereignty and Americans who believe in it.

In his role as Pimp-in-Chief for globalism, Obama slams Americans who rightly see so-called free trade destroying their lives as communities.

“I think that the temptation … is to resort to nativism and nostalgia and the sense that these are things that are now out of control and I want to take control back,” Obama sniffed in an interview with Bloomberg Businessweek. How dare a sovereign people would want to control their own fate.

Obama revealed he knows exactly who will benefit from the Obamatrade Pacific Union he’s pushing – and it’s not Americans.

“The majority of people … in rapidly advancing parts of the world like Asia—those folks recognize that … this gives them more opportunity, not less, to succeed,” Obama said.

As for blue collar Americans, those who were once able to support their families but are now dying in greater number than ever, Obama dismissed them with a sneer as “older workers who are feeling displaced [and] attracted to this notion of ‘let’s pull up the drawbridge and shut everybody off.’”

The people of Great Britain defied all the polls and made it very clear who they want to shut off: globalists like Barack Obama and Hillary Clinton.

The people of the United States of America will have their chance to speak in November.