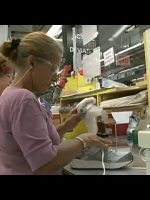 The White House is selling Obamatrade aka fast track for the TransPacific Partnership with the equivalent of ‘If you like your job you can keep it.” The president claims Obamatrade will create jobs, protect workers and open new markets for products made in the USA. But the exact opposite is true. Meet some Americans who will be out of work…

END_OF_DOCUMENT_TOKEN_TO_BE_REPLACED

Obamatrade’s “fast track” trade powers touches on two key issues the President is featuring in his State of the Union speech — executive power and income inequality – it makes both worse. The Wall Street Journal cites Bruce Fein who says by granting the president even more power, fast track “short-circuits the Senate’s ability to establish its own rules.” Obamatrade…

END_OF_DOCUMENT_TOKEN_TO_BE_REPLACED

CNBC Mad Money man Jim Cramer tells it like it is on Obamatrade – send US jobs to Asia, bring cheap immigrant labor to the US. 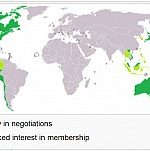 END_OF_DOCUMENT_TOKEN_TO_BE_REPLACED

Remember the Perot vs. Gore NAFTA debate? The wild thing on Larry King? The Thrilla’ in Manila? Get ready for the sequel – Pat Buchanan goes toe-to-toe with Joe Biden over the “Son of Nafta” – the Trans Pacific Partnership!

Libertarian icon Ron Paul says deals like Obama’s TPP are not “free trade” as they are misleadingly labeled.  TPP, NAFTA and the WTO threaten our sovereignty and our Constitution. They set up a global system of managed trade that benefits the crony capitalist special interests and cripple our ability to govern ourselves as a nation.