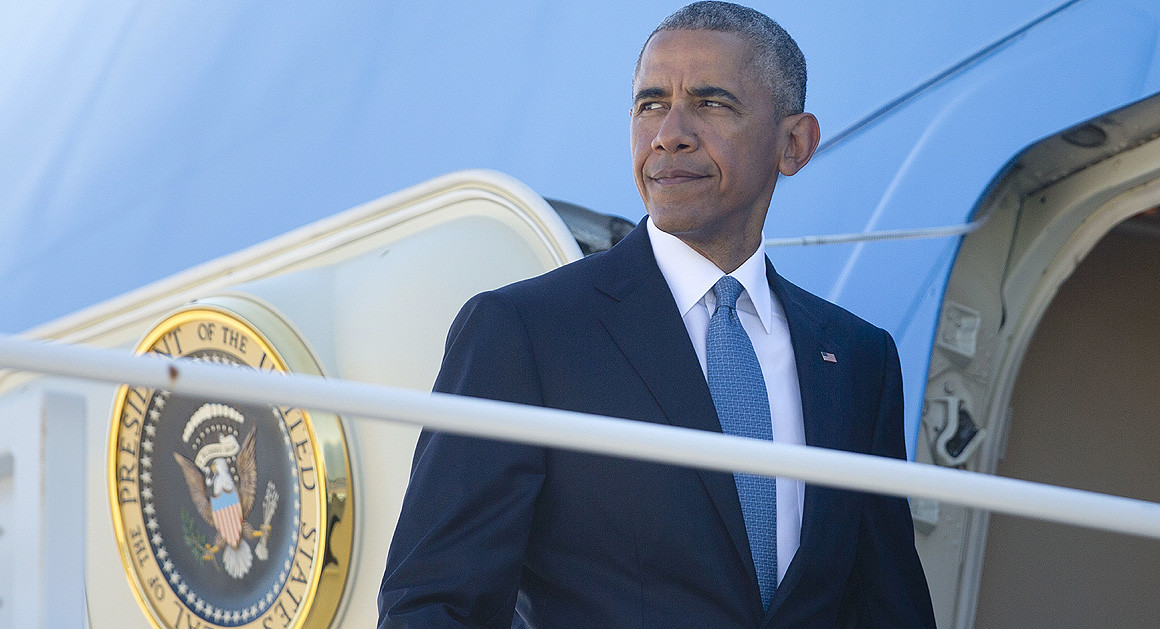 The White House put Congress on official notice that it will be sending lawmakers a bill to implement President Barack Obama’s Trans-Pacific Partnership agreement later this year.

The White House submitted what’s known as a Statement of Administrative Action giving Congress a 30-day notification that the administration plans to present legislation implementing the TPP.

Obama has previously said that he intends to push the TPP in the lame-duck session of Congress after the election.

Congressional leaders have said they would not consider the so-called “free trade” deal before the election because it is extremely unpopular with voters.

Donald Trump and Hillary Clinton have spoken out against the TPP, though Clinton helped negotiate it and once called it the “gold standard.”

The administration’s latest move makes it official it will push the controversial agreement in the lame duck.

Senator Jeff Sessions, a vocal opponent of the TPP and top adviser to Donald Trump blasted Obama for disregarding the will of the American people.

“President Obama knows that the only chance he has of passing the TPP is during this short window [of the lame duck]. His determination flies in the face of the clear will of the American people, as demonstrated in the primaries,” he added.

Sessions said the lame-duck session is tailored-made for special interests to sneak unpopular legislation through. “Our nation is about to see once again how powerful forces work overtime to advance a globalist agenda that the people oppose,” the senator from Alabama said.

The White House submitted its notice on Friday, a day the administration typically puts out news it hopes will be ignored.

It came on a day the media was preoccupied with an economic address Hillary Clinton delivered on Thursday.

When Obama notified Congress the very next day of his intent to move forward with the pact, the Clinton campaign did not comment.

Her campaign has previously said she will not lobby Congress to vote against the TPP if Obama brings it up in a lame duck.

The administration’s latest move confirms that Obama will push the TPP, the biggest agreement of its kind in U.S. history, before the end of the year.

Obama sees it as a way to cement his globalist agenda in place after he leaves the White House, and to fulfill his stated ambition to fundamentally transform America.

The Trans-Pacific Partnership is a global regulatory pact that involves 12 countries on four continents. Obama says it will “write the rules for the global economy.

While the TPP is being presented as a trade agreement, it is far more comprehensive and undermines U.S. national sovereignty.

“The 5,554-page accord, disguised as a simple trade agreement, commits the American people to an international commission with the power to act around Congress. It allows 12 nations, some with less than 1 percent of the GDP of the United States, an equal vote in the TPP Commission. Actions by this commission separate the American people from the policy decisions that affect their lives. The TPP Commission is a direct threat to representative democracy and accountability,” said Senator Sessions.

The TPP sets up a TransPacific Partnership Commission that would have sweeping regulatory powers over immigration, food, energy, medicine, Internet, intellectual property and businesses within our borders as well as across borders.

Under the terms of the agreement, Congress would have no role in creating or approving the rules this commission writes.

“President Obama does not care what the good people of this nation want. He arrogantly thinks he knows best. If he could pass it with his ‘pen and phone,’ he surely would,” said Senator Sessions.

Donald Trump has made opposition to TPP a centerpiece of his campaign and has said he will withdraw from the agreement on day one of his presidency should it be approved.