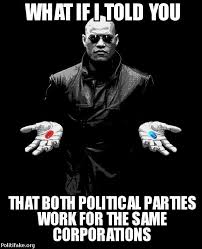 The Obama administration has reached a deal on the Trans-Pacific Partnership aka Obamatrade.

This sweeping international regulatory agreement, spanning 12 countries on four continents, would impact all the food, drugs, energy and communications we rely on every day, the way we do business and even how we are governed.

Yet, like the Iranian nuclear pact, the details of Obamatrade remain shrouded in mystery.

The administration has refused to release any details of the pact.

But thanks to patriotic lawmakers including Senator Jeff Sessions (R-AL), who has read the agreement, we know Obamatrade poses a dire threat to our jobs and our Constitution.

The TransPacific Partnership is more than a trade agreement – it creates a supernational governing body along the lines of the European Union. Prime Minister Shinzo Abe of Japan has said under the TPP “people, goods and money will flow freely.” The free flow of people, goods and capital is the founding principle of the European Union. Japan’s chief negotiator repeated the mantra today when he announced a final deal had been reached. People as well as goods and investment would move wherever the bosses choose, from Malaysia to Maryland.

In addition to erasing our borders, TPP surrenders U.S. sovereignty over lawmaking. Enforcement of the TPP falls to an international authority that will be able to write regulations and re-write American law. It creates a mini-U.N. – but one where the U.S. does not have veto power. The TPP is billed as a “living agreement” that can change its rules and even add more members over time. Malaysia, Brunei, Vietnam and Singapore could decide to admit China to the club even if the U.S. objects.

Under the “dispute settlement” system the TPP creates, foreign companies can sue to overturn U.S. laws that get in their way – and they would be suing before an international tribunal, not in U.S. courts. A foreign drug maker that makes a baby-killing abortion drug could force it to be sold in the U.S. – even if a future pro-life president and Congress wanted to ban it.

Along with trashing our Constitution, the TPP wrecks our economy. Americans will see their jobs outsourced to cheap foreign labor in places like Vietnam and China. Auto parts once made in the U.S. will be crushed beneath a flood of imports from China and Southeast Asia. The deal’s failure to address currency manipulation by countries like Japan, Malaysia, Singapore and China puts U.S. manufacturers at a competitive disadvantage they will never overcome. Ford Motor Company ahs already called on Congress to reject the TransPacific Partnership for precisely this reason.

Besides these illegal immigrants, Obamatrade will boost the number of legal foreign workers coming into the already oversaturated U.S. labor market. TPP contains an entire chapter on “temporary entry” workers. These are the foreign “guest workers” Disney and other corporations use to replace Americans with cheap foreign labor. Putting guest worker visas into a “trade” deal, as Obamatrade does, prevents Congress from exercising any control over a crucial part of immigration law.

ObamaTrade will send American jobs to the Sharia-law socialist countries of Malaysia and Vietnam, and bring more foreign workers to the U.S. – to join the 200,000 Syrian immigrants Obama has already vowed to admit.

Despite what the U.S. Chamber of Commerce, Silicon Valley, American-in-name-only multinationals and academics at the Cato Institute say, the TransPacific Partnership is not “free trade.” It is government-managed trade with the Obama administration picking winners and losers. ObamaTrade rewards the crony capitalists that support the Democratic Party and Obama’s billion-dollar Presidential Library. It punishes whoever is on the outs with the administration.

After five years of back-room negotiations and an all-night session of horse-trading in Atlanta this weekend, Obama’s negotiators decided which industries to sacrifice and which ones to reward. The bailed-out bankers and health insurance companies made out well. The American people and small businesses were not at the table. And if you weren’t at the table, you were on the menu.

This summer, Obama promised he would listen to Congress as he negotiated what he called “the most progressive trade agreement in history.” Congress believed him, and they surrendered their ability to change even one word of whatever he negotiated. We know what Obama’s promises are worth even if Congress forgot.

Congress will have three months to thoroughly and publicly vet the Obamatrade deal.

Then they must decide if they will swallow this crap sandwich as their donors demand, or spit it out as the American people insist.

It’s no coincidence Trump’s at the top of the polls. The rest of the GOP should follow his lead and reject Obamatrade.