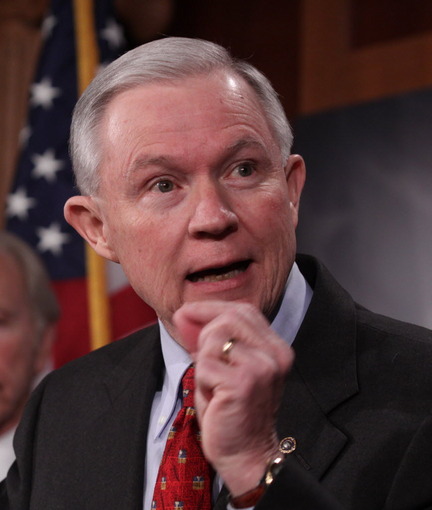 Sen. Jeff Sessions says trade deals, like the TransPacific Partnership aka Obamatrade, should not include provisions for immigration and foreign workers – which Obamatrade does.  The Constitution gives Congress the authority to regulate immigration, and these trade agreements are stepping on the Constitution when they take away Congress’ power to limit the number of workers that can be brought into the U.S.A.